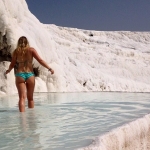 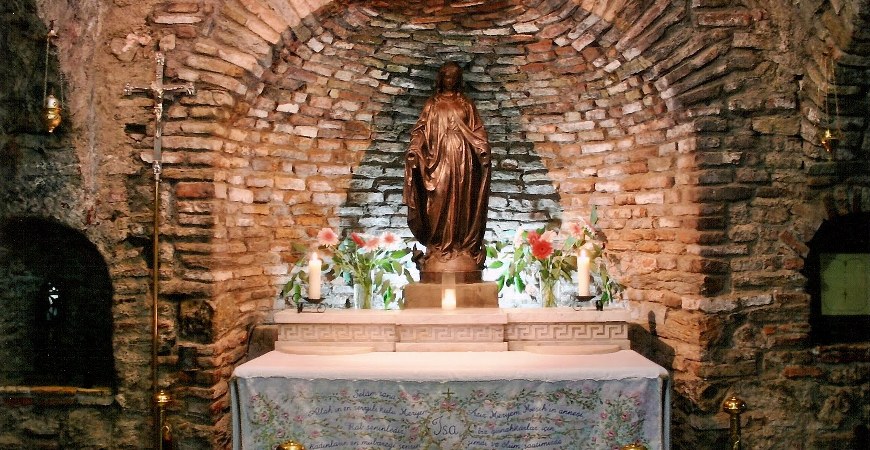 The tour beginning from Istanbul morning time and visit Gallipoli peninsula end of the tour overnight bus to Selcuk. When you arrive next day morning you will check in hotel and get some free time after that explore to Ephesus ancient city & Pamukkale than flight to istanbul. If you prefer you can continue to different destionations too.

5 out of 5 based on 5 customer ratings
5 reviews
Category: Package Tours

Eraly morning arrival to Selcuk. Ephesus Ancient City to visit Ephesus Library; According to recent excavations, the site was occupied as early as the late Neolithic period and developed through the Bronze and Iron Ages. Temple of Artemis; The temple of Artemision is known as one of the Seven Wonders of the Ancient world. It has been built in the areas of Ephesus on a flat area which has over the centuries turned into a swamp. Virgin Mary House; It is the place where Mary may have spent her last days. Indeed, she may have come in the area together with Saint John Isabey Mosque is one of the most delicate examples of Seljukian architecture, situated below the basilica of Saint John. The mosque was built by the master Syrian architecture Ali son of Mushimish al -Damishki, between the years of 1374 and 1375. rest of the day and overnight at hotel.

Overnight in Selcuk or Kusadasi

Breakfast & Check out from the hotel. Drive to Pamukkale. Upon arrival and Pamukkale Ancient City to discover, Pamukkale ( Natural beauty of Turkey ) called Cotton-Castle. We will visit Hierapolis Ancient City, the Necropolis (cemetery) of Hierapolis which is one of the biggest ancient cemetery in Anatolia with 1.200 graves, Roman Bath, Domitian Gate, the Main Street, Byzantian Gate. The city was on the borders of Caria, Lycia and Phrygia and had a mixed population. Citizens were usually involved in the wool industry. Calcium Terraces, The terraces were formed by running warm spring water, at a temperature of 35 °C / 102 °F containing calcium bicarbonate. When the water loses its carbon dioxide it leaves limestone deposits. These are of different colors and shapes in the form of terraces with pools Pamukkale Swimming Spring Pool, If you like to swim in The Ancient Pool which is also called Cleopatra’s Pool they charge extra entrance fee. After visiting you will have time to spend in spring pool.

At the end of the tour, transfer to airport and flight back to Istanbul. Upon arrive in Istanbul and tour ends.

5 reviews for Gallipoli – Ephesus And Pamukkale Tours From Istanbul